With its newest release 9.52 (free for every owner of EDIUS 9) Grass Valley proves one more to stay ahead of the competition. There is no other NLE in the market supporting more cameras and codecs natively than EDIUS.

EDIUS 9.52 now also supports all flavors of formats and color spaces (including raw and proxy workflow) of the all new Canon C500 Mark II and the EOS 1D X Mark III.

Here you find more information about Nikon Raw in combination with Atomos. 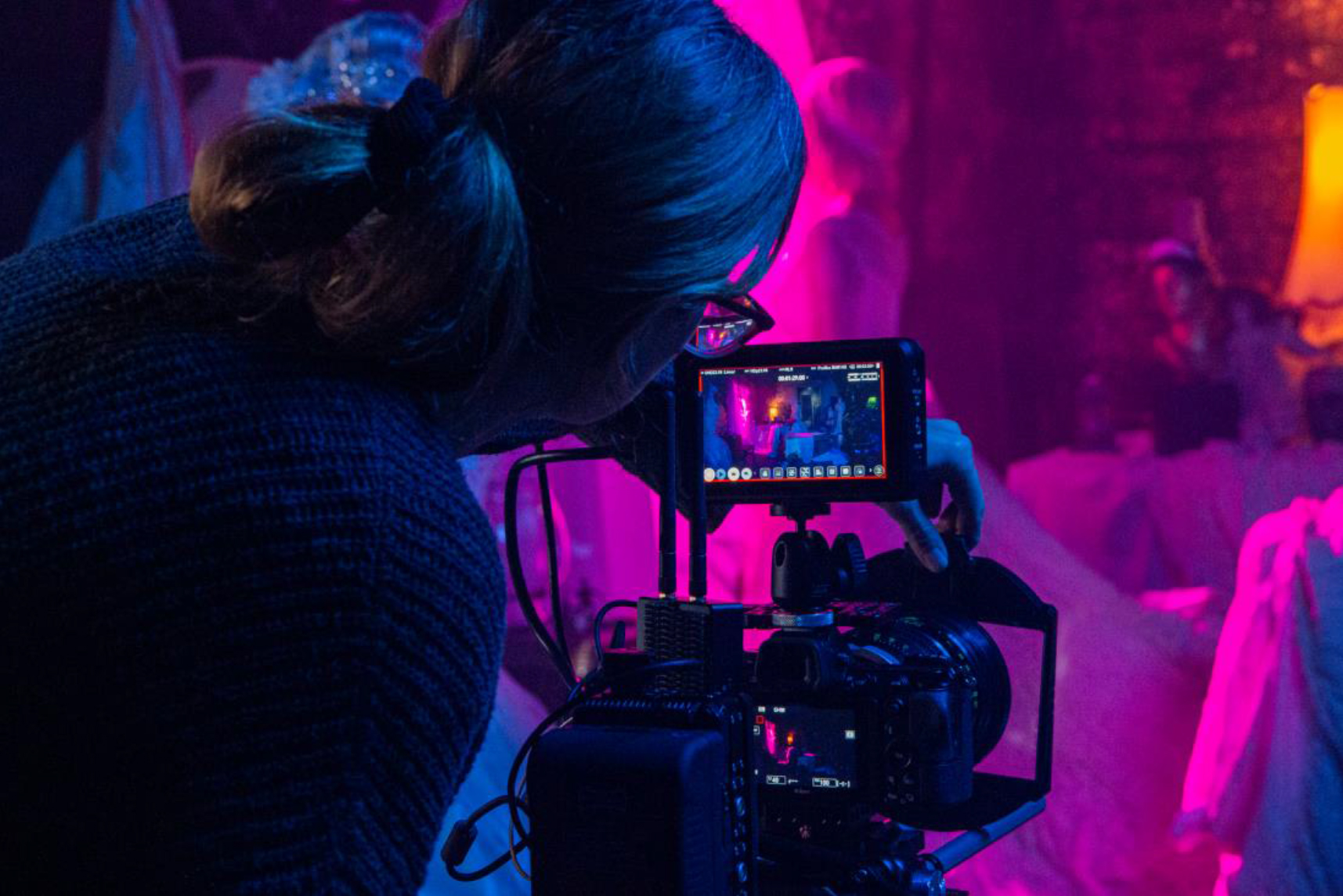 Grass Valley today releases version 9.52 of its EDIUS editing solution. A number of really useful functions have been added to the software. As always, EDIUS 9 users receive the update to version 9.52 free of charge.

Canon is currently launching a new top of the range 1D X camera: the EOS 1D X Mark III. It is the first DSLR camera with internal RAW recording – upto 5,5K. The frame rate can be set up to 60p, in Full HD even up to 120p. The maximum bit rate is very high at 2,600Mbit. With EDIUS 9.52 it is possible to process all recordings of the EOS 1D X Mark III. When processing, Canon RAW is accelerated by the graphics card.

Canon will soon release the new C500 Mark II camera. This camera can record in RAW and offers the possibility to create proxy files at the same time. Compared to the high resolution RAW files the proxies are relatively small. This enables faster processing. The proxies can be transferred directly from the camera to the editing station via FTP or from the memory card via laptop.The editor can import the proxies directly, insert them into the timeline and edit them as required.

There is also news regarding the AAF export. AAF is used to exchange files between different programs within a production process. The format ensures that the files can still be read by other applications after they have been edited.

With EDIUS 9.52 you can now output AAF files via the normal export dialog. Previously, the AAF export was only possible via the menu item Export Project - AAF. Now it is also available in the regular export window under the menu item - Others - AAF Project Exporter. By including the AAF exporter in the export dialog, extended options are now possible. For example, adding a visible timecode. Batch export or configuration as a standard export is now also available.

There are also innovations in the restoration of offline clips. As soon as you want to restore offline clips, EDIUS 9.52 displays the result of a consistency check. This way you can see immediately whether, for example, the contents of the files or the clip lengths do not match.

Here you can download the new version EDIUS 9.51 directly. (Attention: If you are using Blackmagic Design I/O Hardware (like Intensity, DeckLink, UltraStudio) you need to update to the latest Blackmagic Design driver.)

Today Grass Valley released version 9.51 of its EDIUS editing solution, which has been extended by a number of features. As always, EDIUS 9 users get the update to version 9.51 free of charge.

EDIUS 9.51 includes, amongst others, the following new features:

Improved Blackmagic Design hardware output
In EDIUS 9.51 the new Blackmagic Design SDK is integrated. This results in new possibilities for the use of the latest Blackmagic capture cards (I/O solutions). When editing for example a HDR project and using a Blackmagic Design capture card, which supports HDMI 2.0, the output image is automatically switched to the used color space. Currently the DeckLink 4K Extreme 12G and the UltraStudio 4K Mini support the automatic switching of the color space via HDMI 2.0.

Video capturing and preview with AJA hardware
In EDIUS 9.51 it is now possible to capture with the AJA capture cards KONA 5 and KONA 1. Also in terms of preview there are new possibilities. The KONA 5 allows a preview of up to 4K 30p in the EDIUS Pro version, up to 4K 60p in the Workgroup version and even up to 8K 60p with the 8K turnkey system. The KONA 1 supports a preview of up to Full HD 60p in the Pro and Workgroup version.

Further improvements in EDIUS
The Olympus OM-Log400 mode is supported. EDIUS now works with the color space of Olympus cameras like the OM-D E-M1X.
Similar to the ProRes 4444 export the Workgroup version of EDIUS 9.51 now also supports the export of Avid DNxHR 4444 MXF with alpha channel. Those who purchase the DNxHD/HR option also get this feature in EDIUS Pro 9.51.
Furthermore there are many smaller general improvements based on the feedback of EDIUS users.

Improvements in Mync
In the media management software Mync multiple selected clips can now be added to a new storyboard or deleted from the storyboard. As in EDIUS the native Quicktime codecs and also the Raw format and color space of the Blackmagic Pocket Cinema Camera 6K as well as the Olympus OM-Log400 are supported.

For more detailed information about the new features, please take a look at our podcast on EDIUS 9.51:

Here you can download the new version EDIUS 9.50 directly.

Amsterdam, 13 September 2019 Today, at the IBC in Amsterdam Grass Valley presents version 9.50 of its EDIUS editing solution, which has been extended by a large number of particularly requested features. As always, EDIUS 9 users get the update to version 9.50 free of charge.

In addition, Grass Valley today launches an attractive EDIUS 9 "Plus" Promotion that will be available until the release of the next version of EDIUS. Anyone purchasing EDIUS 9 between 13 September 2019 and 31 december 2020 will receive a free upgrade to the next version of EDIUS. Entitled are EDIUS Pro 9 or Workgroup 9 full versions as well as (Jump) upgrades from version 8 and older EDIUS versions - except for the discounted EDU versions and the Home Edition. As with EDIUS 8 and 9, EDIUS 9 and the next version can be installed in parallel on the same PC. Further information on the EDIUS 9 "Plus" Promotion can be found at: www.edius.net/plus

EDIUS 9.50 includes the following new features, amongst others:

Multicam Audio Sync
The synchronization of multi-camera recordings is now also possible via audio - as desired by many users. The new function is used when shooting with multiple cameras - or even when adding sound recording by a Field Recorder. Synchronization is possible both before editing and during editing, if, for example, further recordings are added to the project. Ultra-fast audio analysis is achieved by supporting clip brands. Another innovation is the automatic adjustment of the number of cameras in the multicam preview. When synchronizing to a new multicam sequence, EDIUS automatically selects the optimal view according to the number of cameras.

Import of Blackmagic RAW clips
EDIUS 9.50 supports the import of the new Blackmagic RAW format. Thus, EDIUS is probably the only editing software on the market that supports all popular raw formats. braw files of the URSA Mini Pro and the Pocket Cinema 4K can thus be imported directly via the bin window.
In addition, Workgroup users also benefit from the draft mode optimized for Blackmagic RAW. Finally, EDIUS 9.50 now supports the special color spaces of the Blackmagic cameras.

Import of other raw camera formats (Canon and Sony)
EDIUS 9.50 now supports the import of Canon Cinema Raw Light material from the recently introduced Canon EOS C500 Mark II. In addition, the Sony Raw support has been updated to version 3.3. The import of Sony X-OCN material is now also possible in EDIUS 9.50.

New Features in Mync
The Media Management Software Mync now supports, amongst others, the decoding of Blackmagic RAW material. The color spaces of the Blackmagic Design cameras are also available. With the new loop playback function clips are automatically played as an endless loop.

Further information can be found in our podcast on EDIUS 9.50 and in our IBC Report presenting EDIUS 9.50:

RSS Feed
template-joomspirit.com
Back to top