Initially producing animated cartoons, Przemek Petryszyn moved on to produce TV sports reports and then founded his own TV channel, which is now one of Poland's leading lifestyle channels with over four million subscribers. EDIUS was there from the beginning and still is the core of all activities.

"My father was already working in this industry, and I also enjoyed the creative collaboration with the animation artists," Przemek Petryszyn describes his way to EDIUS. However, often the technology was problematic, then as now, because artists delivered their hand-drawn animations in a wide variety of file formats and codecs. "We tested editing programs like AVID Media Composer, Apple Final Cut and Adobe Premiere Pro extensively. But these programs didn't support the variety of file formats we needed. What's more, they kept crashing" recalls Przemek Petryszyn.

“We couldn't afford delays or even crashes”

Petryszyn and his team supplied agencies with animations for TV commercials. "We had fixed deadlines and even then, we couldn't afford delays or even crashes. After we switched to EDIUS, we had the exact platform with the combination of performance, reliability and versatility we wanted."

EDIUS also gave Przemek Petryszyn a perfect overview of the status of projects. The lower of the three tracks contained the storyboard design. In the track above, the artists' supplied clips were arranged. "And this was done without any conversion, because even back then EDIUS processed almost every format natively" reports Przemek Petryszyn. Finally, the result for file export was in track 3 above.

"This was an absolutely perfect workflow, and we were able to work with it very successfully. Around 2013, however, the animation market in Poland went into a deep crisis."  At that time, coverage around recreational sports such as Nordic walking became all the more popular. Did this offer a new market with new opportunities? Przemek Petryszyn: "It had always been very time-consuming to create the animations. I was 30 years old at the time and wanted a medium that would allow us to achieve results more quickly. We invested in our first camera, at that time it was the Sony FS-100, and started producing our own reports. We also started to prepare a demo of a TV channel because the feedback was so positive.”

These sports reports were indeed so successful that Przemek Petryszyn founded his own television station after only a short time. Originally founded as "Family Sport" and recently renamed "Active Family", the channel is available in Poland both on the cable network in HD quality and via satellite in SD. 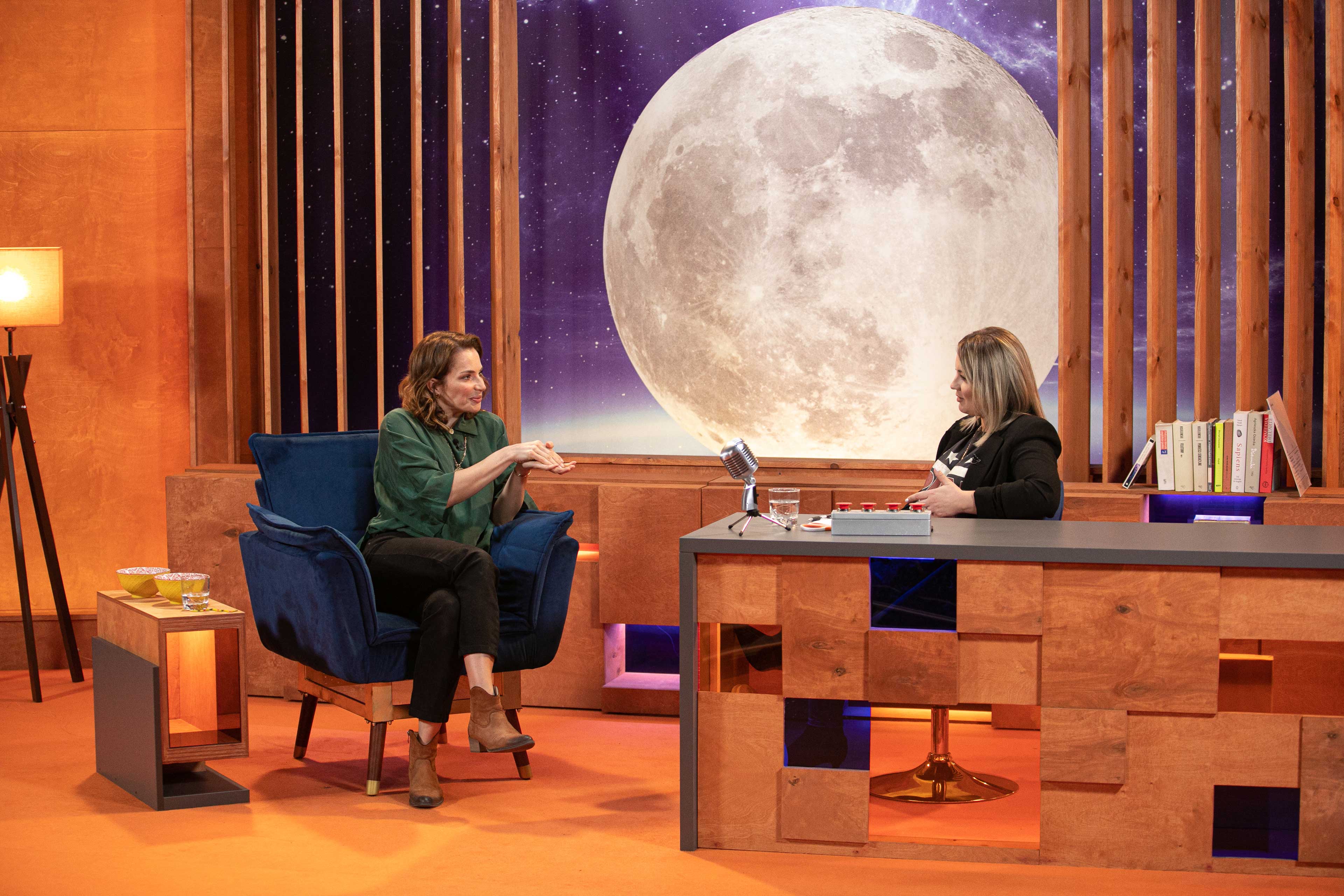 Today, the channel is one of the leading Polish Pay-TV lifestyle channels with over four million subscribers. "Active Family" features international shows and documentaries, which are purchased under license and then customized for the Polish market. However, the special highlight of "Active Family" are two one-hour daily talk shows, which Przemek Petryszyn produces completely on his own. 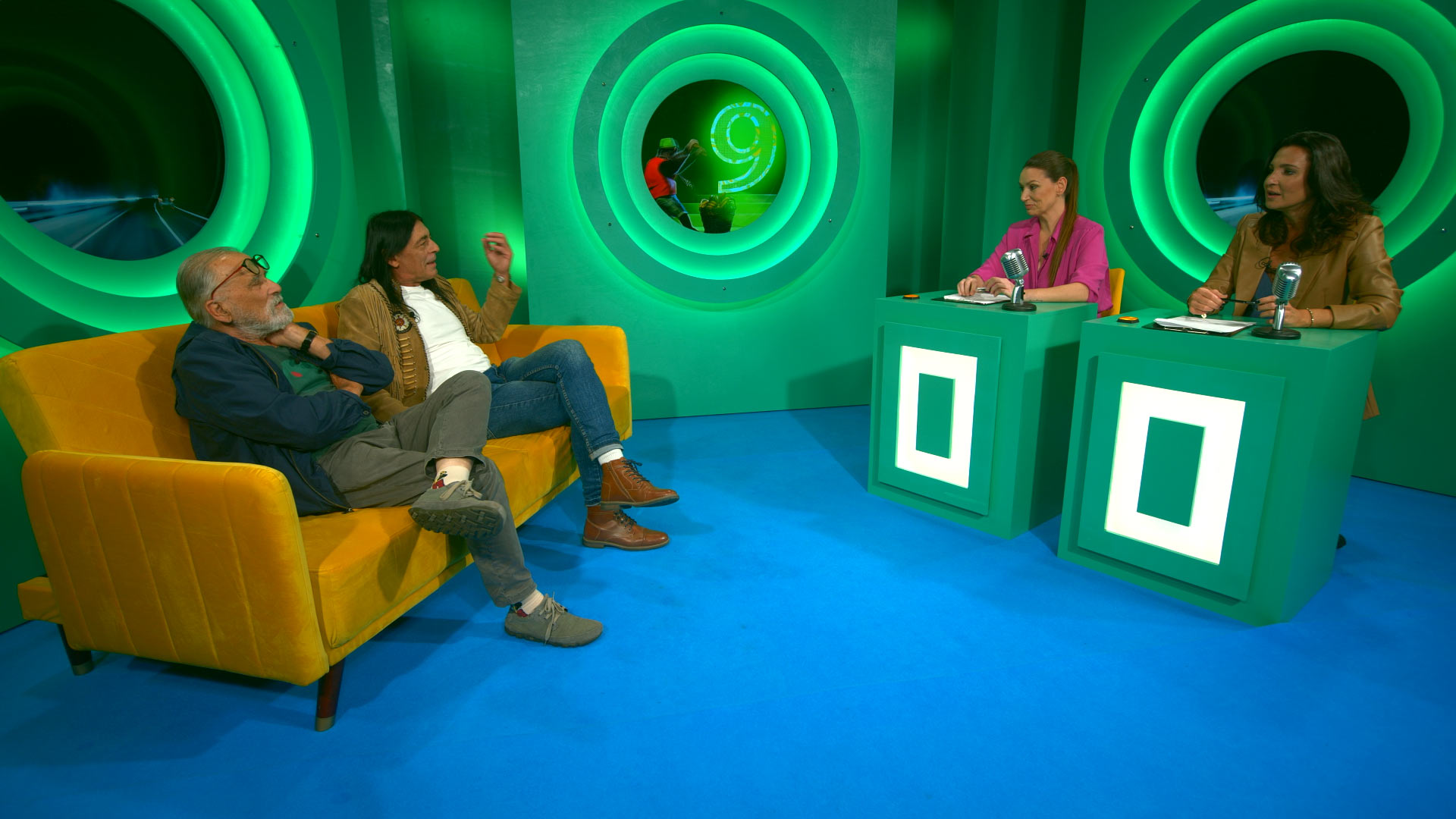 In the "Moontalk" show, celebrities and actors present current film and theater projects. The second in-house production, "Wielkie Oczy" ("Big Eyes"), is about records and superlatives of all kinds. Here, too, a host leads through the show in conversation with guests and celebrities. 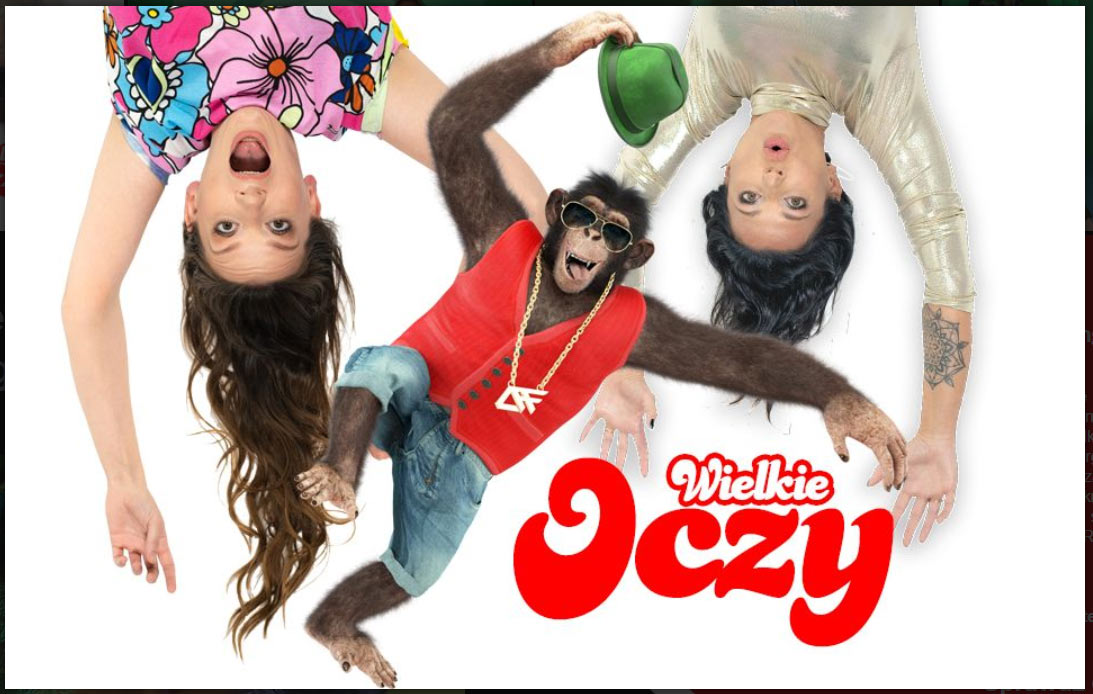 Four episodes of each show are recorded in Warsaw on two consecutive days. The fact that the shows are generally recorded without an audience proved to be a great advantage during the Corona pandemic. When the schedule permits, Przemek Petryszyn accompanies the production on location in Warsaw and finally, then equipped with around 12 memory cards, drives back to the postproduction studio in Bielsko-Biała, some 300 kilometers away, for editing. 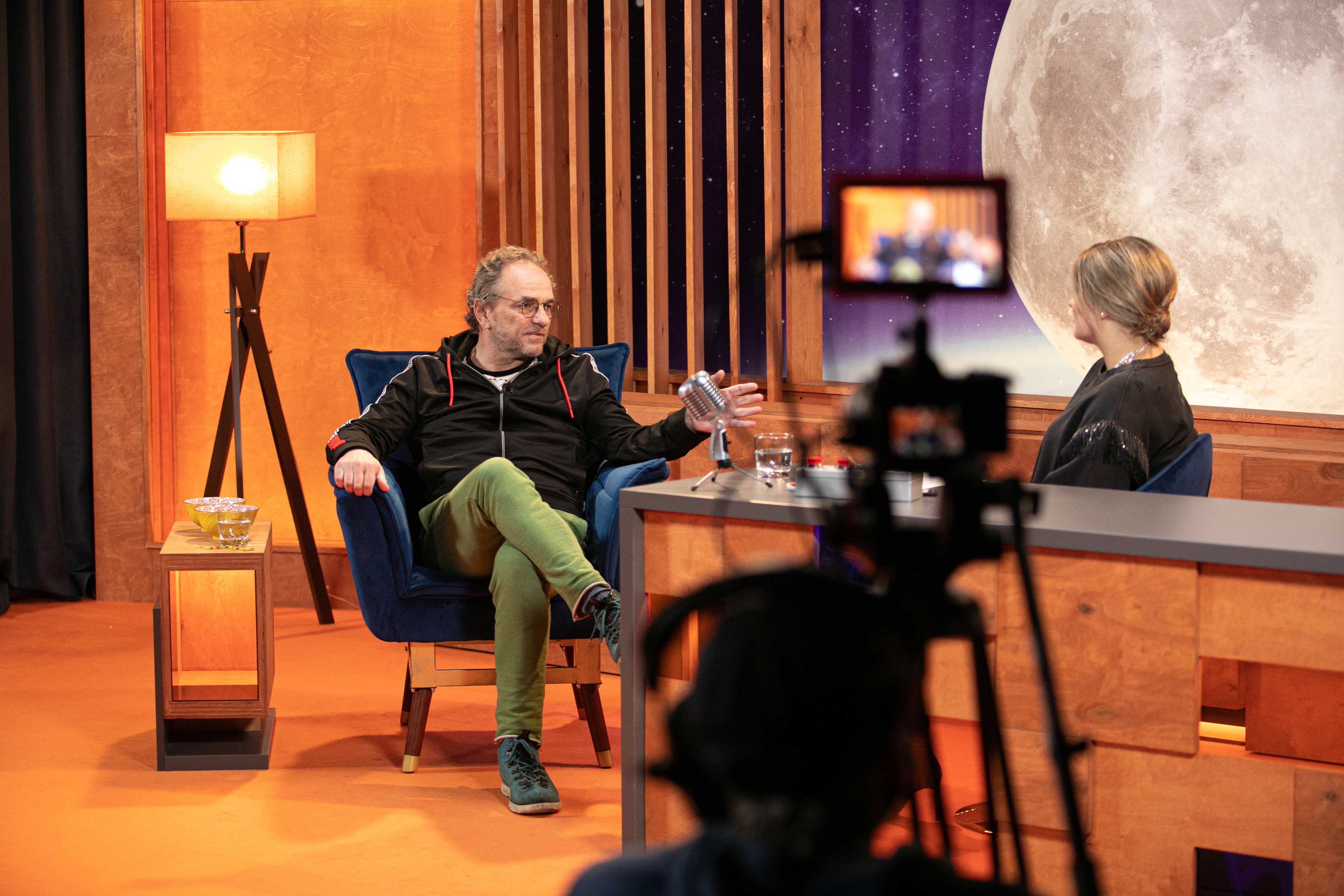 "We record the shows with four Panasonic S1s in UHD quality. In total, this is 600 gigabytes of material, which we then transfer to the editing PC. After that, editing begins with EDIUS 9.5 as a multicam UHD project in proxy mode." Przemek Petryszyn explains: "We are really looking forward to the extended possibilities of EDIUS X, so that, among other things, we probably won't need the proxy files at all then." 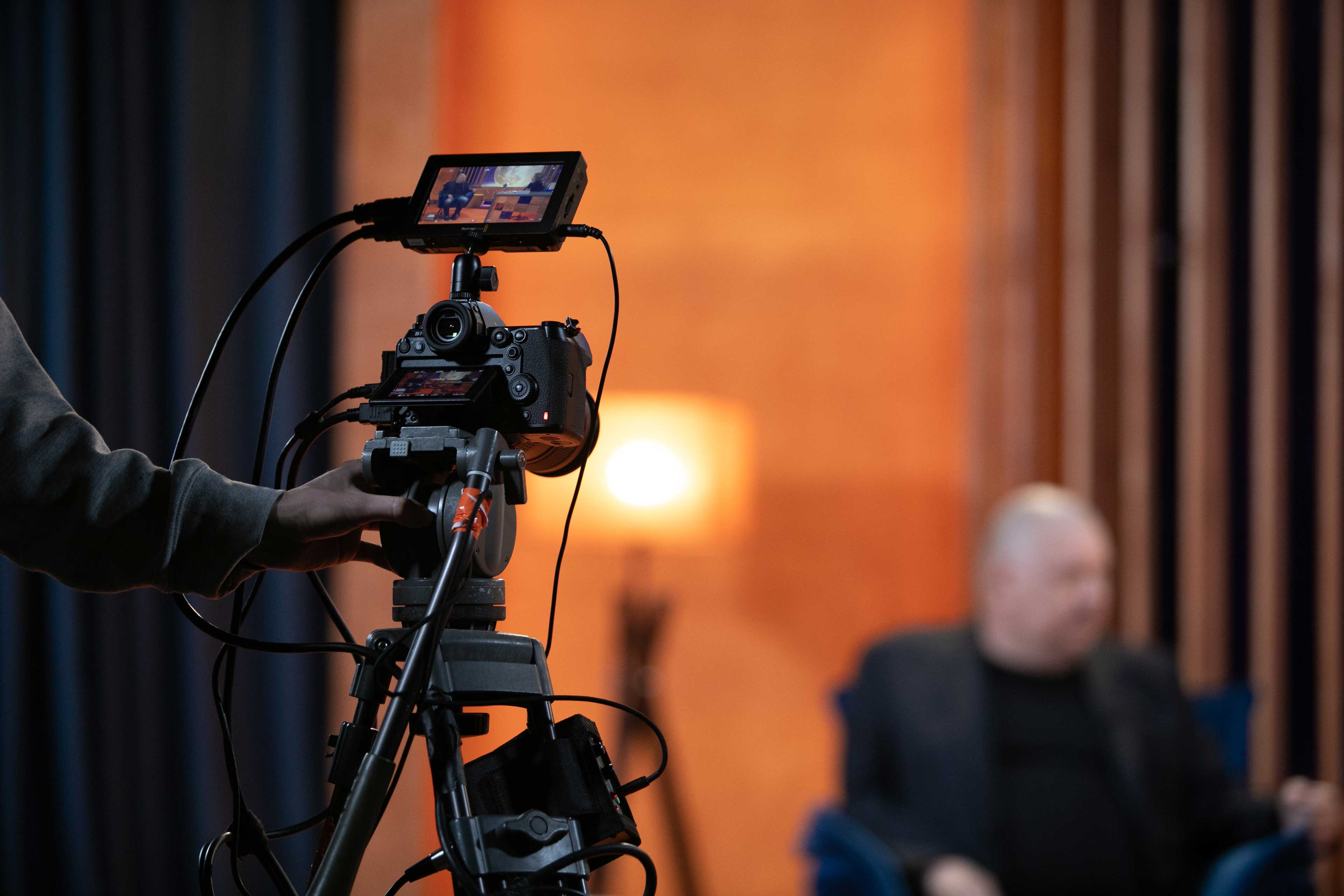 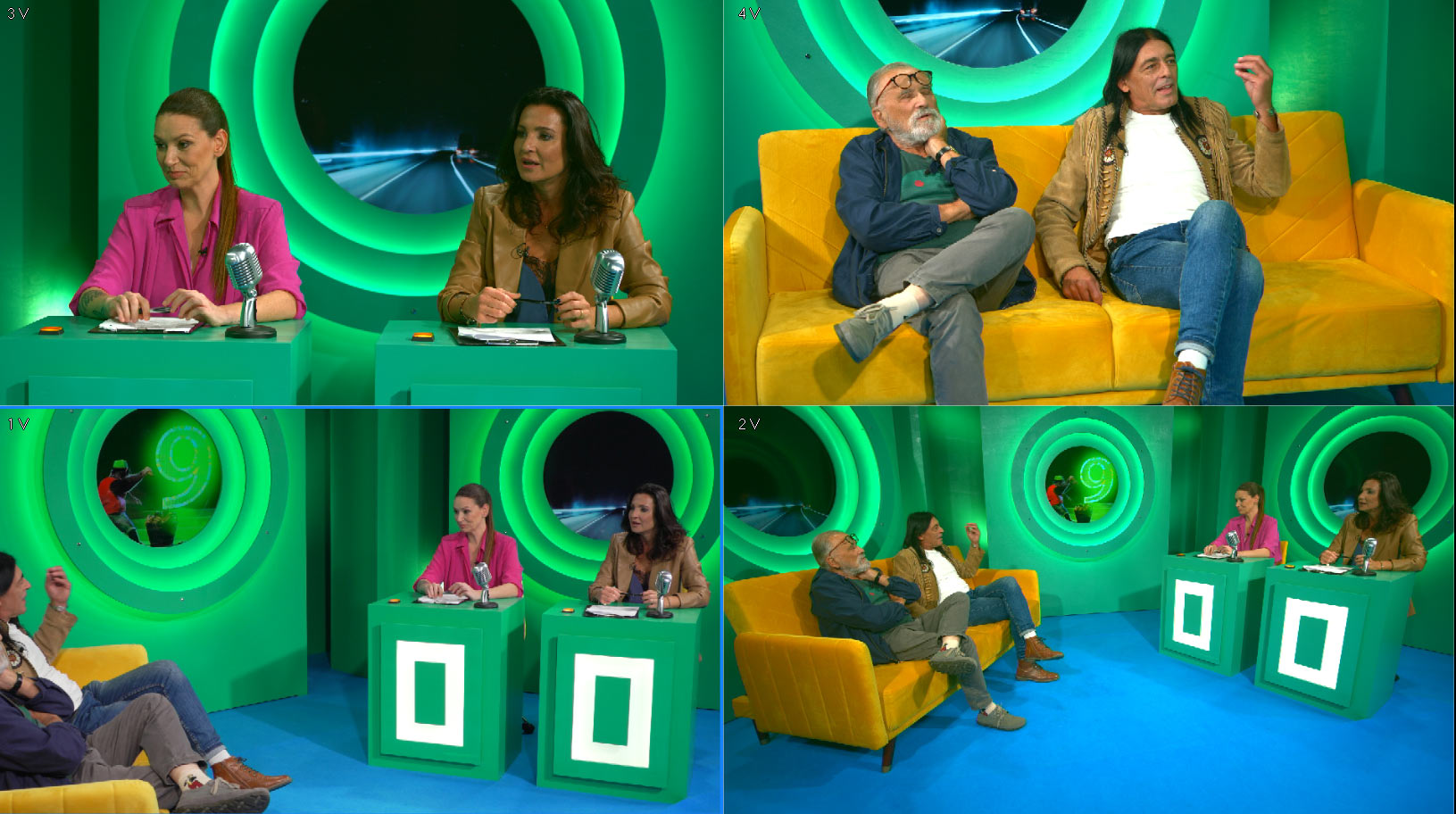 Przemek Petryszyn: "EDIUS is very easy to learn and convinces with its logic. If someone comes from another editing program, then this person should have no problem at all to work effectively with EDIUS very quickly."

Currently, "Active Family" has two EDIUS editing suites. Of these, one station is tailored for editing the purchased shows of mostly UK and US origin. Polish voice-overs are added here, as well as current popular music.

“With EDIUS I still enjoy editing and post-production”

The two in-house productions are edited on the second editing suite. Przemek Petryszyn explains: "I do the editing and processing myself, because with EDIUS I still enjoy editing and post-production. To edit a complete program of 42 minutes net divided into three segments (due to the commercial breaks, the total broadcast time is 60 minutes), I need about six hours of working time including color correction, audio optimization and multicam editing.

For the audio processing we use the Izoptope compressor as an EDIUS plugin. With only minimal effort, we achieve optimal speech intelligibility and an even audio level. We work with additional audio tracks for adding music and comedy audio effects like clapping and laughing. To control these tracks quickly and conveniently, I like to use the audio mixer being able to adjust the volume on the fly during playback. 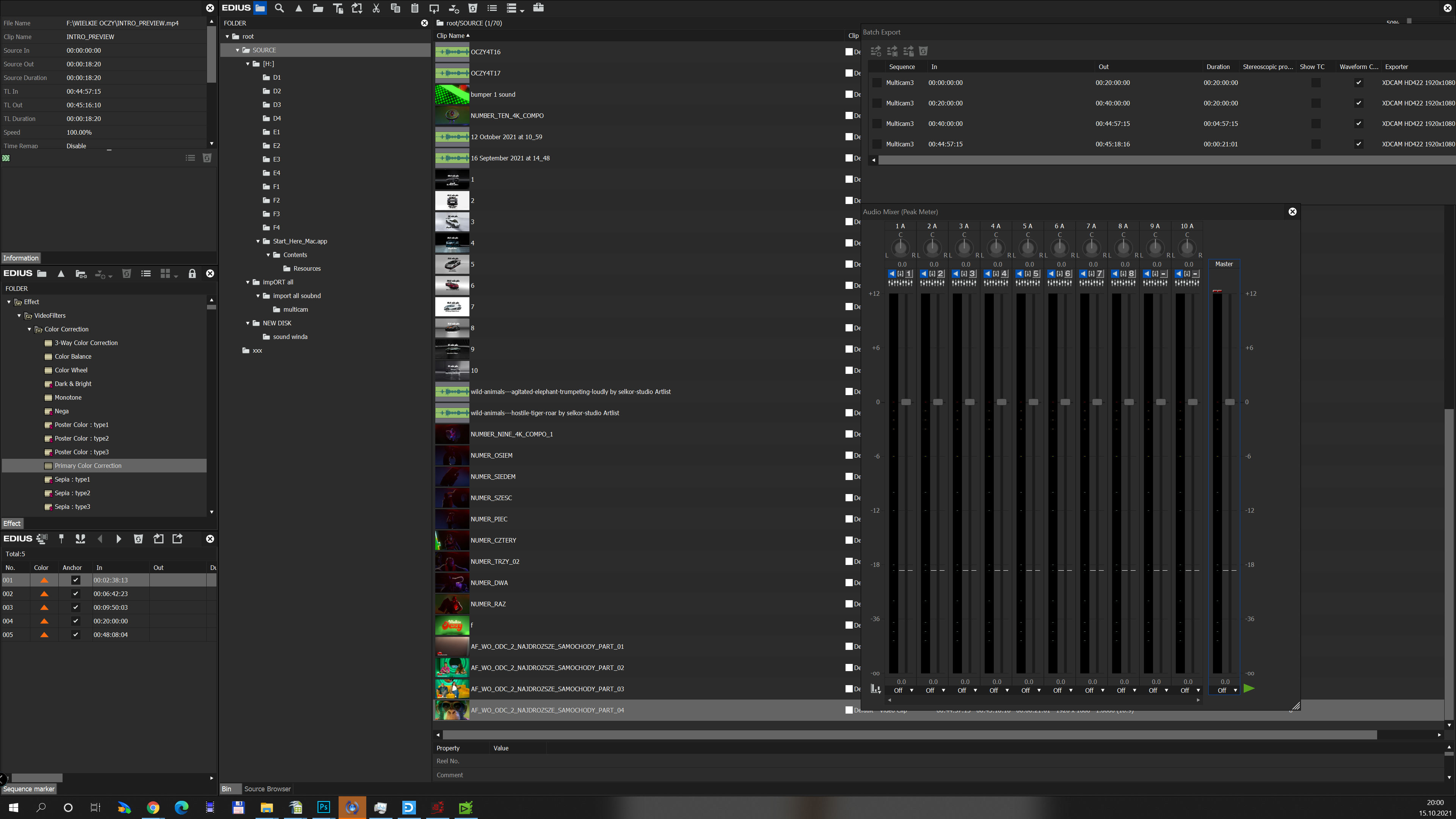 The high-quality UHD recording leaves us plenty of latitude for any needed corrections. For color and brightness corrections, I use the 'Primary Color Correction' filter. This makes it possible to match any color shift of the four cameras quickly and intuitively. The exposure can also be optimally adjusted with this filter.

“Our most important creative tool”

I particularly like working with the EDIUS shortcuts, because this allows a very effective and fast workflow. This also includes the ability to switch from one camera recording to another camera during playback in real time in the multicam project using the keyboard. 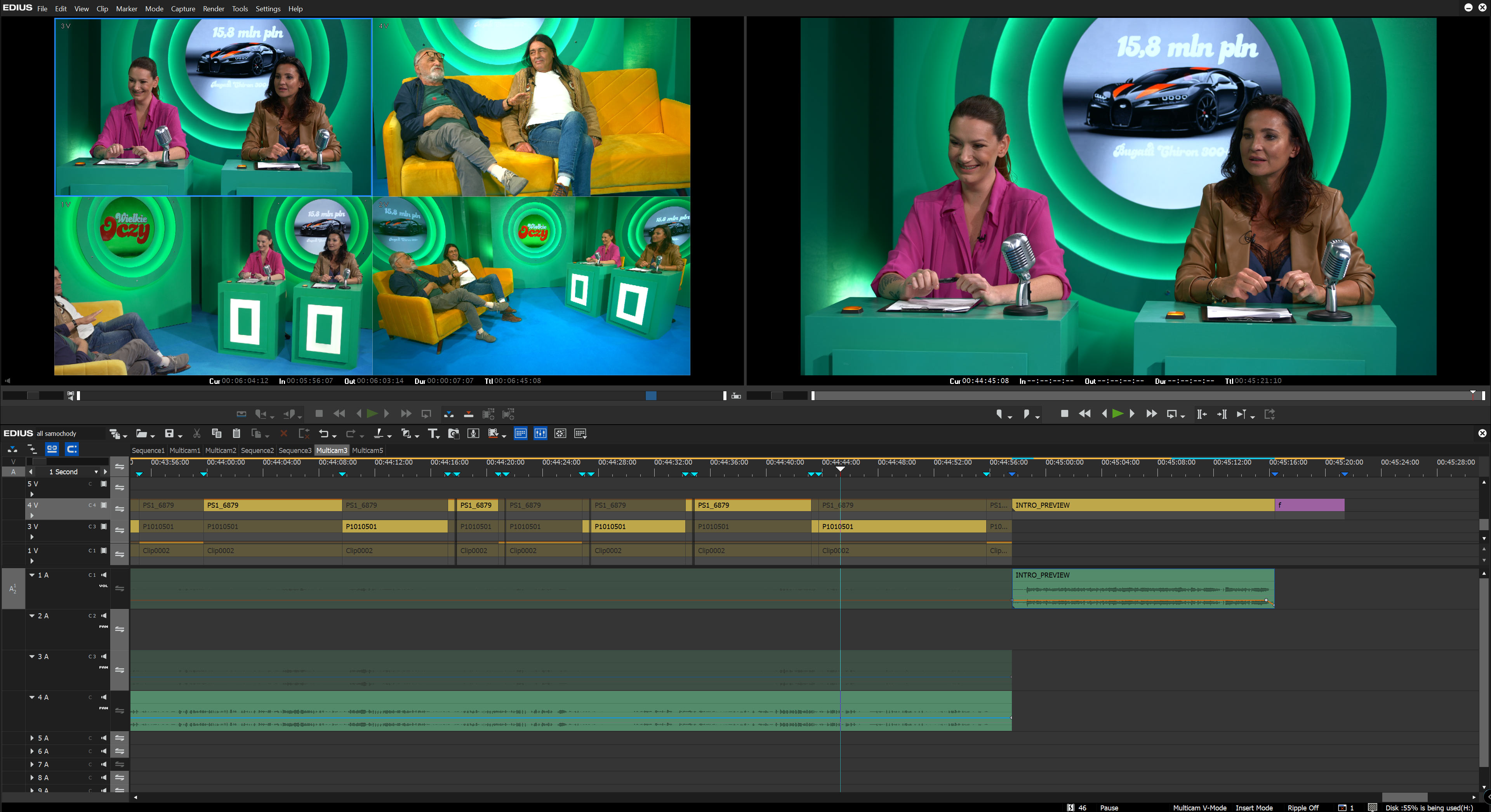 This 'live switching' gives you the feeling of working in a broadcast studio and allows you to work very spontaneously. And if a cut isn't spot on, we can easily fine-tune it later by moving the markers on the timeline."

Using batch export, the three segments of a show are being exported as HD files in MXF format. "Again, we're happy that EDIUS X will allow us to perform the export as a background job. So, we will be able to already edit the next show while EDIUS X will be exporting the files."

Przemek Petryszyn has further plans for the future with his "Active Family" channel. Soon, the program will also be available to subscribers via the Internet. The program lineup is to be expanded even further. He says it is still too early to announce details. But one thing is certain for successful channel operator Przemek Petryszyn: "EDIUS will continue to remain our most important creative tool, now and in the future!"